by Two Bars From The Gun 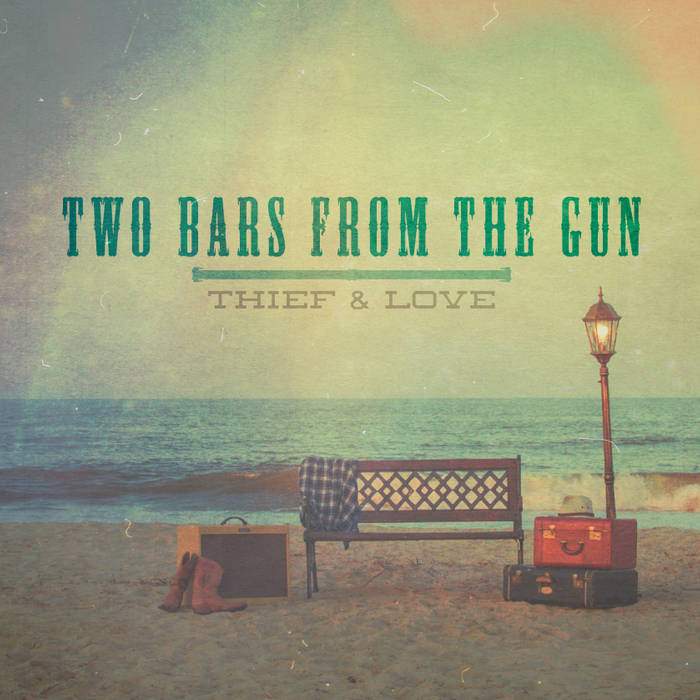 Two Bars From The Gun got its start under the pen of a Florida boy holed up in a Pennsylvania winter. Wes Gow weathered the elements and unemployment with generous doses of Springsteen and Petty, and in the process discovered a love for telecasters and tweed-lacquered amps.

After the spring thaw, Wes relocated his wife (and his songs) to Virginia Beach, where he made quick friends with bassist Rev Guill and drummer Heath Oderman. The three began rehearsing, writing, playing local shows, and collectively navigating the ever-changing tides of growing families and career moves in the suburban America, never losing sight of their musical identity.

In 2013, the trio limped into the studio, tired from a fews years of the local scene and not altogether certain what the future held. For the next year the band focused all their available energy on the album. Under the friendship and guidance of Jon Anderson at Whale Head Records, Two Bars From The Gun is proud to emerge with "Thief & Love," their first full length album!

"Thief & Love" is a compilation of a cast of characters: pirates, boat captains, pioneers, priests, and cowboys (among others); each of them looking at the world from their own unique perspective. Songwriter Wes Gow joins this lineup with glimpses into his own personal musings, but much of the stories are told through the lens of fictional characters. Redemption runs its course, but not without a few chapters and plot lines that are far from happily ever after.

Bandcamp Daily  your guide to the world of Bandcamp